My crystal ball says........well it says the same thing everyone's crystal ball says, why are you predicting things based on me? Even in the best case scenerio it's just an educated guess. We humans are obsessed with knowing the future and there are a million experts who will line up to tell you the future....yup, but here I am, adding my two cents in as well. But, despite all the evidence to the contrary – shoddy weather reports, champions getting knocked-out in the first round of the playoffs by otherwise seemingly nobodies – we desperately cling to this idea that we can see what’s coming. It’s a comforting fantasy; one that assumes that our lives, littered with massive unknowns and truly unpredictable variables (have we discussed emotions) that shape our daily chaos, is really just the window-dressing for an otherwise orderly world. Have you even slightly watched the news lately......orderly is not a word that comes to mind.

So with that, it’s rather fitting – and funny enough, is actually predictable – that after a year where every real estate projection was blown to bits by an utterly unforeseen (although read my previous posts

) housing boom, 2021 is already awash with a shower of predictions for the Canadian real estate market.

What follows is a selection of projections for the Canadian housing market from some notable experts –and whether I'm in agreement or disagreement with each one of them and what they see for the future of the Canadain Real Estate Market in 2021.

CIBC’s base-case scenario: Canadian home prices rise by 2.4%
Now to start, I really like Ben Tal and I think he's got his finger on the pulse. CIBC recently came out with one of the banking sector’s more optimistic views for the Canadian housing market, a modest increase of 2.4% in real estate prices by October. (In December, RBC projected an 8% decline.) That’s the bank’s base-case scenario, or what could be expected if conditions today are allowed to continue. CIBC’s worst-case scenario involves a 6.9% decrease in home prices, while its best-case projection is an increase of 11%.

A 2.4% increase would put 2021 slightly below 2018’s increase of 2.51%, which to me seems unlikely. Remember that 2018 marked a cooldown period for Vancouver and the continuation of market softness across the Prairies, in Newfoundland, and, to a lesser extent, in New Brunswick. The current low interest rate environment has energized buyers from coast-to-coast, and prices, especially in the longer term, have a long way to go in cities like Edmonton, Saskatoon, and Saint John before sellers will have trouble getting the prices they’re after.

Even though businesses will continue to falter as COVID-19 lockdowns drag on, the majority of the people who will be affected will be renters, not homeowners, so the possibility of a surge of inventory hitting the market and keeping prices in check is not one to bank on, in my humble opinion. Dwindling supply might hamper the number of sales that take place, but that will only increase prices, with almost 100% certainty. CREA expects the average home price to increase by 9.1% in 2021.

CIBC’s best-case scenario is far more likely I think, than its base-case, although buyers might wonder who it’s actually “best” for. It's been hard enough to make a purchase as it is.

In exploring the latter possibility, Veritas ran three scenarios where between 5% and 15% of homes with deferred mortgages found their way on to the market after their deferral periods ended, resulting in real estate prices falling by 4-11% nationally, and to use the biggest markets, 10-17% in Vancouver, and 15-26% in Toronto.

Considering the fact that borrowers have been exiting deferral programs left and right since September and have yet to desperately flood the market with supply, there is little evidence that even 5% of deferred mortgages, let alone 10% or 15%, will prove so problematic that borrowers will have to liquidate their properties.

By October 31, the number of deferred mortgages at Canada’s largest banks totaled less than 70,000 and was 86.3% lower than in the previous quarter. In December, RBC announced that as of the end of October 2020, 90% of the deferrals offered through the bank’s client relief program had expired. Only 2% of RBC’s deferred mortgages had slipped into delinquency at that point, and a third of those were delinquent prior to the deferral being put in place.

Some borrowers will fall through the cracks and have to sell, but a 15% decrease in the average home price in and around the GTA? That would require an utter catastrophe.

Regarding investors, some will have to cash out of the condo market, particularly those who were using their properties as Airbnb’s and are now painfully cash flow negative each month. Many won’t be able to carry their properties until a flood of vaccinated travellers return to their cities, nor will they be able to afford to rent their properties long-term at today’s lower rental rates. But many will resist the urge to sell, if they can hang on, knowing that the return of international students and other immigrant renters is inevitable, and that rents and condo prices will once again be on the rise.

Ex-urbs will see more activity than major urban cores
This projection comes courtesy of, among others, Moody’s, who said in late 2020 that it expects to see “greater resilience in lower-density markets outside Canada’s large urban cores,” driven by demand for properties with more space for working from home. Smaller, more affordable markets, Moody’s said, “will particularly benefit from this trend.”

This one’s a bit of a no-brainer, and not simply because of the new work-from-home reality so many of us are still adapting to. Remote work has simply juiced a trend that was already intensifying in Canada’s most active real estate markets: drive until you qualify. Now that remote work has freed so many Canadians from having to live within commuting distance of their jobs, they are able to purchase the properties they want essentially anywhere they feel comfortable living.

This shift in demand comes at an opportune time, when home prices in major markets like Toronto, Ottawa, Montreal, Victoria, and Vancouver are rising at a rate so far beyond that of their residents’ wage growth that moving hours away is the only way most of them will ever be able to afford a home.

But the secondary markets being buoyed by the urban exodus are not likely to remain affordable alternatives for long. Competition is already flaring up in off-the-beaten-path communities like Bancroft, Ontario, where the average home price in November 2020 was 24.3% higher than a year before, and in Woodstock, Ontario – population 40,000 – which saw its benchmark price for single-family homes leap 28.4% year-over-year in November. For my local market, the Toronto exodus continued into the Hamilton area seeing price increases of 16.8% from 2019 and a 125.4% increase in pricing from 2010.

It will be interesting to see just how much homeowners used to big city amenities such as widely available healthcare, abundant schools, and eclectic nightlife will be willing to sacrifice in order to move beyond major urban areas like Toronto and even beyond cities like Hamilton. I'd  assume there has to be a limit, particularly for younger buyers who have proven willing to spend ridiculous sums on rent to live close to the action. But in a freshly birthed, post-COVID world, who can be sure?

My call
There will surely come a time when Canada’s most reliable housing markets run out of steam, properties start piling up, and prices begin retreating. Experts have, after all, been calling the growth being seen in the country’s real estate prices “unsustainable” for about seven years now. That's right s-e-v-e-n (7) years. Remember the more than double increase over the last 10 years, they figured it wasn't sustainable, but yet here we are. So do I think it's going to happen, yes I do,. A catastrophic crash or burst of the "bubble", no, but a cooling, yes. I just don’t personally see it happening in 2021.

After 2020’s feeding frenzy, I expect the overall number of sales to suffer this year, not because of a lack of demand but because of a lack of available inventory. Long-time single-family owners who refinanced at today’s lower rates are sitting quite pretty and may have even less reason to sell. The booms seen in cities like Fredericton, Regina, and Quebec City took a major bite out of some of Canada’s few well-stocked housing markets. Without any data modelling to rely on, we still see sales holding their own against historical averages, but coming up somewhat short compared to 2020, probably by about 2-4%.

I think the national average home price will rise more than 10%, driven by demand for properties in smaller communities in Ontario, B.C., and Quebec, where prices have more than ample room to grow. Can Toronto put together another year of 10%-plus price growth? I'm not certain but we definitely wouldn’t bet against it. Too many people want to live there.

Here’s something to ponder for 2021. There has to come a time when prices in the GTA hit a ceiling that buyers – and, more importantly, lenders – will no longer be willing to reach. When the average price of a detached home in Toronto crosses the $2 million mark, townhouses cost $1.5 million, and semis sell for $1.3 million – which will all likely happen in what, six to eight years? – how many people will even be in a position to buy? 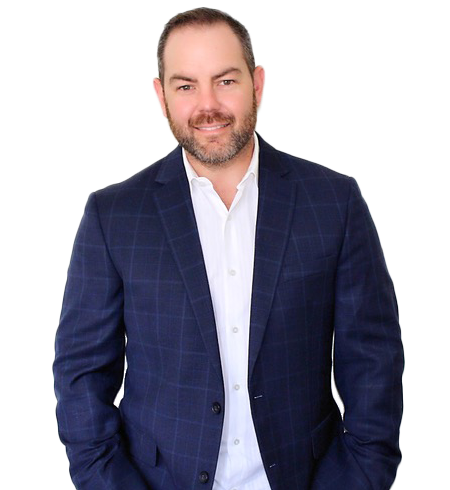